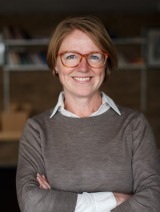 Working from different disciplinary perspectives, we share a research interest in early modern material culture, with a particular focus on England c.1500-c.1700. This website features projects we’ve been working on together since 2007 when Tara joined Catherine at the University of Birmingham (from the University of Sussex). Shortly afterwards Catherine left Birmingham for the University of Kent but we have continued to collaborate on a series of publications and funded projects, arguing for the significance of material approaches in historical disciplines.

Trained as an art historian, Tara is author of numerous publications on the visual and material culture of early modern Britain, with particular interest in the decorative arts, the cultural impact of the reformation and the relationship between art and piety. Tara’s research extends from an object-based approach foregrounding the physical evidence of extant structures, imagery and objects.

Reflecting her multi-disciplinary training (art school, followed by degrees in English and Medieval and Early Modern Studies), Catherine uses literary and dramatic texts alongside quantitative and qualitative research into historical documents such as court depositions and probate materials to study the history and representation of early modern material culture, arguing for the importance of literary skills of textual analysis in the development of material culture studies.