Our co-presented paper is: ‘Middling domestic routines in seventeenth-century England’

This paper explores a wide range of evidence for the material construction of domestic routines amongst a particular group in ‘early early modern’ England, the middling sort. As the social group most likely to be living and working within the household, broadly defined, undertaking practices associated with food processing, shop-keeping and craft skills, and professional identities, we explore the particular kind of interpenetration of domestic- and labour-orientated activity that they experienced on a daily basis. We do so within a particular context, that of the so-called ‘Great Rebuilding’ of houses across the later sixteenth and seventeenth centuries, exploring the routes, movements, practices and behaviours which shaped and were shaped by changing domestic forms. The paper will consider evidence of standing buildings, inventories, account books and diaries in particular, in order to position production and consumption practices within a new house shape, and determine the altered attitude towards both which it might have created in this period. 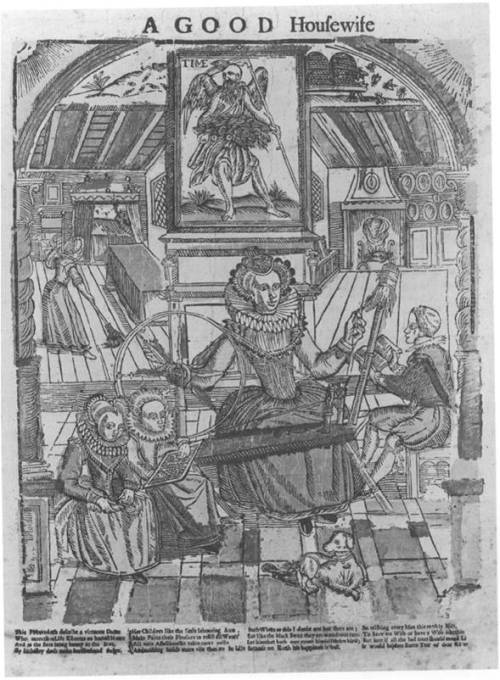 This later impression of a 16th century print raises several questions about the relationship between domestic space and domestic routine. This archetype of the multi-tasking industrious housewife locates gendered work and education/discipline in the hall as centre of the home. What was the impact of architectural and material changes to this central space, and the development of new spaces, on domestic practices and movements?